Best of Jackie on the Web Forum
Would you like to react to this message? Create an account in a few clicks or log in to continue. 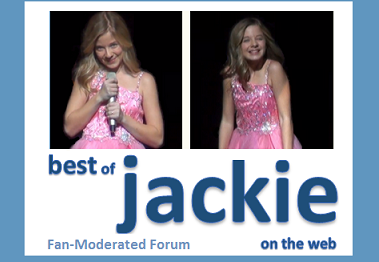 Best of Jackie on the Web Forum

You are not connected. Please login or register 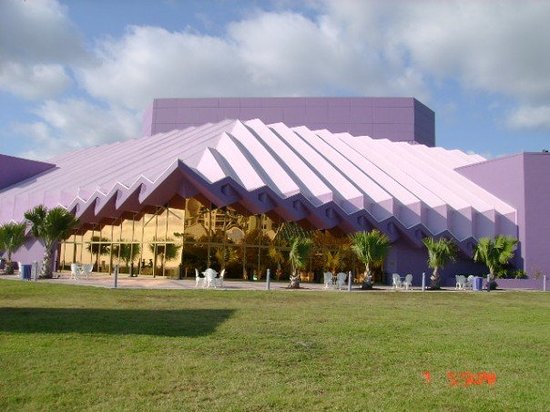 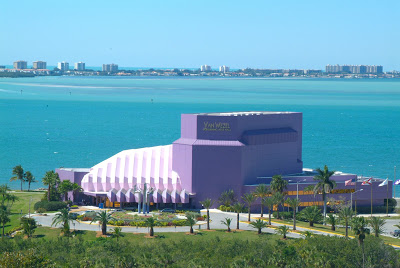 Richard J. Sotter says:
I attended the concert tonight. I thought Jackie sounded in full voice and didn't notice any obvious problems. The surprise song has already been mentioned (WYWSHA). and it was a treat hearing two songs from POTO. Though Jackie didn't appear tired, she did decide to do only one encore (The Lords Prayer). The auditorium appeared full, with just a sprinkling of empty seats.

I enjoyed Jackie's banter and think she's improving. She paid tribute to a past teacher who was in the audience but didn't name. She mentioned how much she enjoyed the beach, especially the wonderful sand Sarasota's beaches are known for, and said she and Rachel found a starfish. Once again she encouraged people to dance during With Or Without You. Midway through the song, one woman in the first row stood up and started dancing and some others followed. Problem is, there's not much room to dance if you're not in the first rows.

I hardly noticed the screen behind the orchestra. More noticeable was the light show. At times, a white light would start shining, blinding those of us in the first few rows. Jackie did mention she noticed people shielding their eyes, which I appreciate her commenting on. This could be unique to Van Wezel.

I wish I could give a clear assessment of the effect of the smaller orchestra. Naturally, it's not as lush. Personally, I would be content with just a piano accompaniment, or maybe adding a violin or cello like in the Dark Waltz DWMIC. One thing should be obvious -- the smaller orchestra is gotta be cheaper. I certainly wouldn't say it ruined the show. Jackie still sounds as great as ever.

the venue was a complete sell-out.. 1,700 wildly enthusiastic attendees..
a vase of flowers stood on a table with Jackie's water in front of the piano.. red roses and others.. nice touch..
Jackie wore her lovely shimmering blue AGT dress for the 1st set and her billowy stylish red dress for the 2nd set..
two earrings in each ear, lower and upper part of the ear, with studs seemingly on both sides of the ear..
same silver or white gold necklace as worn often lately with two shards hanging down at the end..
no rings.. stick-on wrist jewelery stud.. seemingly dark gold finger nail polish..
Jackie elegantly carried a bit of blue dress in her left hand as she gracefully moved about the stage during the 1st set..
lots of lighting effects - flashing, blinding, sparkling, etc.. Jackie deserves to be so showcased - lights, fireworks, fog, the works.. lights that are bright for some people are fine for me - just seem to help make Jackie glow in this ethereal way to me..

Take Me There.. exciting buildup of sound and light.. our anticipation hits fever pitch.. each second is accompanied by the thought "will she appear now?", "now?", "now?".. from side of stage..? or back of stage..? eyes rove back and forth between the various entryways, not wanting to miss a second of her entrance.. and then - there she is..!! striding out.. smiling.. mic in hand.. music builds.. she raises her mic and we are off on another musical journey with miss Jackie..

Introduction.. Jackie loves Florida.. the sand is like flour.. Rachel found a starfish, so that was great.. she got a bit of a sunburn, but laughingly looked at and brushed her arm saying but you probably can't tell.. but it seemed like there was definitely a bit of color on her upper arms..

Made To Dream.. I found it to be more emotional tonight.. she seems to be really taking ownership of this original song for her.. seems this song is beyond being something she can simply identify with - this song is made for her! - and it is hers..! her voice and movements shaping the song's emotion..

MOTN.. always such a WOW! moment when the music stops abruptly and her "soooooooar" and "beeeeeeee" hang in the air, and tonight was no different.. a well deserved Standing O.. and Jackie exited the stage for a break, leaving Peter to audibly lament how can I expect to follow that..

upon re-entering after the conclusion of Carmen, Jackie encouraged us to give another clap for Peter's "amazing original arrangement".. and added: you'll be hearing more from him later - so you are very lucky..

The Impossible Dream.. "staaaaaaarrrrrrrr".. another series of notes that soar and echo in your mind well beyond the end of the concert..

Your Love.. Jackie acknowledged a former teacher of hers who was in the audience, thanking her for her "edumacation".. it appeared she hadn't seen her in a long time.. clearly a warm bond between student and teacher.. Jackie ended her tribute with she (the teacher) can be thankful that Jackie didn't have her stand up..

much laughter.. although she didn't seem to officially dedicate the song to her teacher, I'm thinking Your Love was probably a fitting remembrance for what seemed likely a wonderful student teacher relationship..

Je t'aime.. Jackie noted that it's a song in French, so if it doesn't make sense to you, then that's why.. unless you know French.. and I'm trying to learn.. it means I love you.. and I do luv you guys.. because without all of you, I wouldn't be where I am today..

Extra song.. I like to mix it up a bit.. and sing a song that might be unexpected.. tonight I'm going to sing the first song I ever sang.. (chuckling) well not the first song I ever sang - the first song I ever professionally sang.. and I love it too because it makes my dad cry.. and when it comes the time that he passes on (not for a long time yet), I want to sing it at his grave.. and it's from Phantom of The Opera.. called Wishing You Were Somehow Here Again.. and then, just piano and Jackie, softly, carefully and beautifully, wrenched every tear from every eye in the house with the intensity, in song, of her special love for her dad.. :'( a truly amazing 4 minutes and well on into intermission.. Standing O..

Lovers.. Jackie told us in Morristown last November how amazing practice is, because when she sings songs over and over they get easier.. and the high notes in Lovers which were once hard for her are very easy now.. maybe easy, but still magnificent - impossible to stay seated - always a Standing O..

Ave Maria.. oh, to be even just one note of Ave Maria sung by Jackie Evancho.. maybe only a flitting second or so of existence - but still, to be so envied - Jackie cherishing with such tenderness and warmth and love..

WOWY.. Jackie noted that people say those last two songs make them cry.. so I'm sorry.. but this next song will be more upbeat.. and I'll be dancing even though I ***.. but I don't care, because it's me.. it's who I am.. maybe you will dance too and make me less uncomfortable.. and then the song starts with mic in stand.. and it begins to build and build.. and then she grabs the mic on cue and takes it up an octave.. and she and people start dancing.. and Jackie's smiling.. and it seemed she treated us to some wonderful lyrics too - fabulous fun.. Standing O..

My Immortal.. as Jackie got situated at the piano, she noted how it was good to dance around (referring back to WOWY).. and that she still takes gym - but it's not a pretty picture.. gave us a chuckle.. Peter helped get the mic adjusted.. and Jackie simply said I'm going to play some piano for you.. nicely done, she finished standing beside the piano, but then moved away from the piano a bit this time.. as it turned out into a perfect spot for my viewing - thanks miss Jackie..

Vocalise.. lighting was different than Jacksonville, or maybe it was where I was sitting.. no Jackie buried in an orange mist this time, but her profile radiated throughout.. thanks Adam the light guy..

Ombra Mai Fu.. besides suggesting we think of a favourite tree from our childhood, or one we just liked, Jackie noted we could "take a gander"

at the trees on the screen behind her..

Thanks yous.. everything was "beautiful" for Jackie tonight.. she noted that this was one of her favourite concerts ever.. she thanked the beautiful orchestra, the phenomenal beautiful artistic Peter, Paul for helping to make her sound beautiful, Adam the light guy for helping to make her look beautiful.. you could see the happiness in her smile and sway.. it probably was the end to such a grand day - her first real day of sun in Florida and a chance to relax on the beach and a sell-out concert hall and doing it all with dad and sis.. she seemed very happy..

Think of Me: Jackie said I never thought I'd sing this song on stage.. but I proved myself wrong.. and it's a good thing to prove yourself wrong.. my last song is also from Phantom of The Opera.. and chuckling, she added: one day I should do a whole concert of Phantom of the Opera songs - (much yaaaing from the audience).. like everything else, TOM was done beautifully.. we lept to our feet to celebrate..

waving and curtseying, Jackie (with Peter) walked off stage.. the place was bedlam for her to return.. and we were rewarded with The Lord's Prayer.. a fitting end to a glorious evening.. another Standing O.. and she was gone..